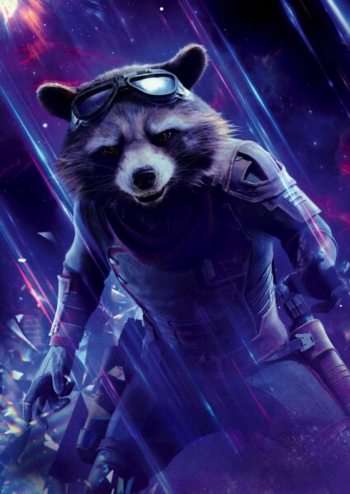 Affiliation(s): Guardians of the Galaxy, Avengers

"Rocket: Wanted on over 50 charges of vehicular theft and escape from custody."
— Rhomann Dey

A bounty hunter with a penchant for heavy weaponry and bombs, who also happens to be a talking raccoon.

Tropes A to I
Tropes J to Y