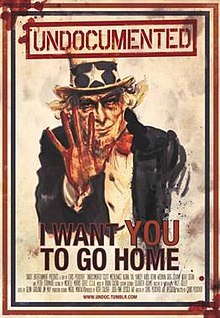 A small group of college students decide to go into Mexico and make a documentary about illegal immigration into the United States of America. They begin by things pretty well by managing to get themselves in good with an immigrant smuggler who agrees to help them. However, as they are in the process of crossing the border, they are caught by a group of people who capture immigrants attempting to cross the border. When their status as American citizens are discovered, their captors are kind and tell them they can leave on one condition: they film what they do at the facility. The students agree and are introduced to a world of torture and horrible misdeeds....