Gotta Have It, Gonna Steal It 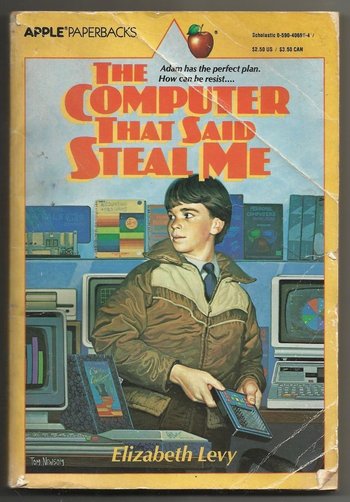 Rocket: Question: what if I see something that I wanna take and it belonged to someone else?
Rhomann: You would be arrested.
Rocket: But what if I want it more than the person who has it?
Rhomann: It's still illegal.
Rocket: That doesn't follow. No, I want it more, sir, you understand me?
— Guardians of the Galaxy (2014)
Advertisement:

Everyone else has the hottest toy of the year, the latest trendy fashion, or some other MacGuffin. A character wants the Macguffin badly, but is unable to obtain it as he has no money, his parents say no, or is otherwise inaccessible. So what does the character do? He usually just gives in and steals the MacGuffin.

Usually, the character eventually gets caught in the end and suffers the consequences of their actions. This functions as An Aesop about why you should never give in to stealing, let alone wrongdoing, no matter how tempting it might be. Don't expect any sympathy or exoneration if you try to argue that you just had to have the Macguffin or how everyone else has one; it won't work. May overlap with Trend Aesop.

See also It Must Be Mine! and Peer Pressure Makes You Evil. Subtrope of Green-Eyed Monster.