Sleeves Are for Wimps 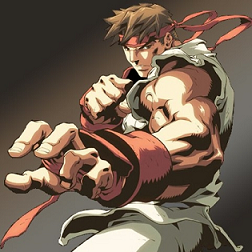 Ryu doesn't need no sleeves to kick your ass.
The Flash: No sleeves. Don't you get cold?
Green Arrow: I spent the better part of five years on an island in the North China Sea. I don't get cold, Barry.
— The Flash, "Legends of Today"
Advertisement:

A tough (or wanna-be tough) character habitually wears a shirt without sleeves to show off his upper arms. And tattoos.

You might even say he has a "Right to Bare Arms".

One classic variant is when the character has cut the sleeves off of a regular shirt, leaving visibly jagged edges. This was common in The '70s and The '80s. Consequently, an easy way to evoke The '80s with costume design. Tends to go well with mullets, if you can fit your mind around a definition of "well" that allows it to appear in the same sentence as "mullets" without negations or brain implosion. Sometime before 1990, this trope made you look like a badass. Any time after that, it makes you look like a redneck.

This is mostly an Almost Always Male trope, since the reasons for putting a woman in a tank top are usually somewhat different, but it's far from unheard of for Action Girl characters to dress like this as well, such as a Tank-Top Tomboy.