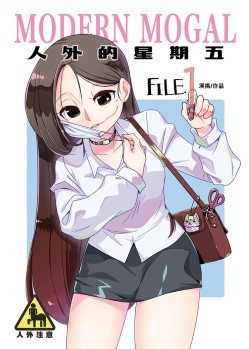 is a Slice of Life webcomic about the daily life of Cute Monster Girls (and Men) who live in the modern world, and created by Taiwanese artist Han Jan, also known as Shepherd0821

As before, the original comic is available in Taiwanese Mandarin

, but is available in English with the help of a group known as Retired Pyramid Head Scanlations.

The comic can be read on Shepherd's DeviantArt page

, and on his Patreon

, which actually has exclusive strips for his backers.