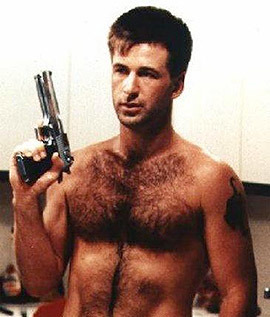 Much like roles that are Always Female, there are many roles largely (and often solely) designated to males. The name of the trope, however, is a bit of a misnomer, as some of these tropes can be subverted by making them female. In many cases, however, this doesn't work, especially for those involving love, sex or facial hair.

If a trope that's always male is applied to a female anyway, that's a Gender-Inverted Trope (a.k.a. "rare female example"). Again, this is not possible for many of these tropes, and is often done for comedic effect.