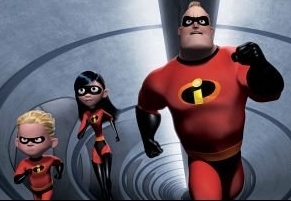 In a lot of media, if the main character has a father, he usually is out of the picture, doesn't care what's going on with his child(ren), or just doesn't notice what's going on.

This guy, however, is not any of those things.

This is the father who realizes something is happening, and isn't going to stand for it, particularly if it poses any kind of threat to his family. Often overlaps with Papa Wolf. May also be paired with Action Mom, in which case they could easily be a Battle Couple.

Usually shows up in Action/Adventure Series shows, with the kid protagonist being followed by his or her protective father. May only show up every once in a while, being absent most of the time but showing up when something the protagonist can't handle arises to lend a hand, or just beat the snot out of whatever was trying to touch his kid.

Only examples where the guy in question is actually closely related, please!

While Asura is a natural at fighting and will resort to it continuously, he only fights to keep the world safe for his daughter.

While Asura is a natural at fighting and will resort to it continuously, he only fights to keep the world safe for his daughter.