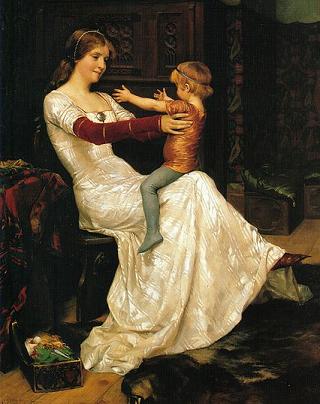 Socrates: My friend, I am a man, and like other men, a creature of flesh and blood, and not 'of wood or stone,' as Homer says; and I have a family, yes, and sons, O Athenians, three in number, one almost a man, and two others who are still young
— Plato, Apology

Of course, mothers and fathers can be important in fiction, whether or not they are actually around.

For the other side of things, see Son of Trope, Daughter of Index.

Not to be confused with Super-Trope or The Parent Trap.