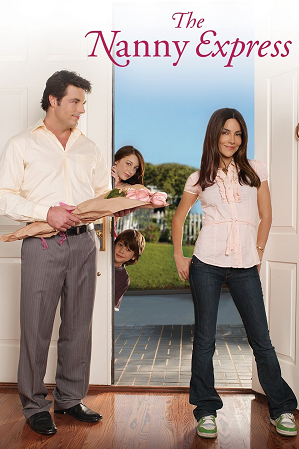 One possible romantic resolution for a single parent is to marry the nanny. Or the governess. Or the Kindly Housekeeper, if she's younger. Or in general, anyone privately hired to care for the kids or the house. Because those duties have historically been given to women, this trope skews more towards female employee/male employer. However, regardless of gender, writers abhor single parents and marrying them to people who already act as Parental Substitutes to their children is a neat way of fixing this.

Unless said nanny is secretly a Babysitter from Hell, the children usually do not object to this like they do with other love interests of their parents. They might even be the ones who try to make it happen in the first place. This is because said nanny already has their love and trust; making them the legal parent is just icing on the cake. On the parents' end, seeing how good said nanny is with their kids might increase the attraction to them, especially if the nanny fixes the family's issues. A promotion to Good Stepmother will then be in order.

Sometimes the parent is initially spoken for but this initial partner will inevitably turn out to be wrong for the family and will be summarily dumped. Alternatively, a Temporary Love Interest might get involved to make either side realize they share more than a mutual love for the children.

Compare to Teacher/Parent Romance. Generally falls under the first type ("child approves of the relationship") of Parent with New Paramour. It's also an inversion of Single Parents Are Undesirable. Since this is an employee/employer relationship, subtrope of Unequal Pairing. See also Magical Nanny and Babysitter Friendship.