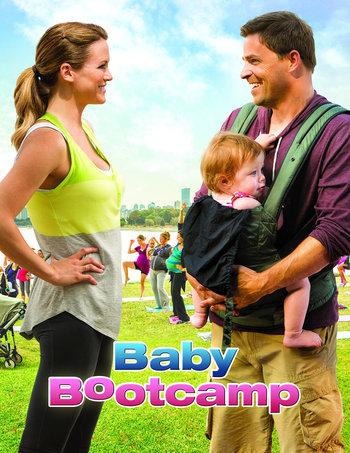 Baby Boot Camp is a 2014 Made-for-TV Movie that aired on UP and is available to watch on Amazon Prime.

Fitness instructor Julia (Danneel Ackles) is down on her luck, trying to make her baby boot camp a thriving business. To make ends meet, she becomes a part-time nanny for a single widowed father Scott (Kavan Smith). Trouble is, she knows nothing about taking care of children.