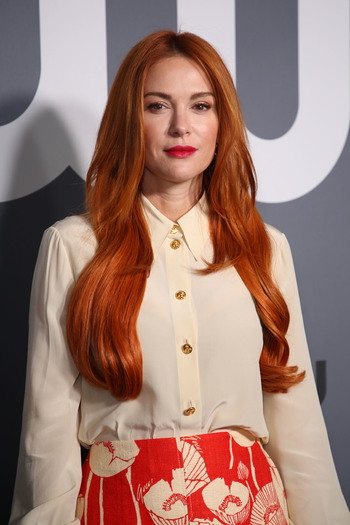 Danneel Ackles (born Elta Danneel Graul on March 18th, 1979 in Lafayette, Louisiana) is an American actress, model, and producer best known for her role as Rachel Gatina in One Tree Hill. She got her start as an actress when she played Shannon McBain on One Life to Live.

She was initially credited by her stage name, Danneel Harris before changing it after getting married. Starting with Friends with Benefits, she was credited as Danneel Ackles.

She lives in Austin, Texas with husband Jensen Ackles (whom she married in 2010) and their three children: Justice Jay "JJ" (born May 30th, 2013) and twins Arrow Rhodes and Zeppelin Bram (born December 2nd, 2016). They co-own a brewery with her family, Family Business Beer Company

. The Ackles' have also formed a production company, Chaos Machine Productions, and signed an overall deal with Warner Bros.. They are set to executive produce a Supernatural prequel, The Winchesters.

Tropes Associated with Danneel and her roles: