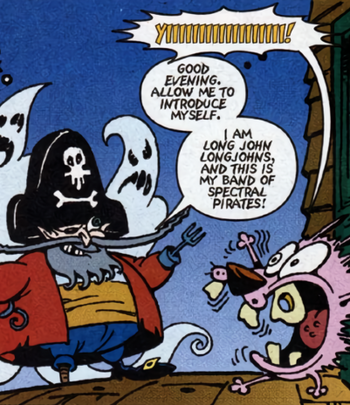 Anytime you find a pirate in fiction or media, expect him to always have "Long John" in his name, as a Shout-Out to Long John Silver from Treasure Island, but not a direct Whole-Plot Reference to Treasure Island.

Compare Captain Colorbeard. Very likely to Talk Like a Pirate.