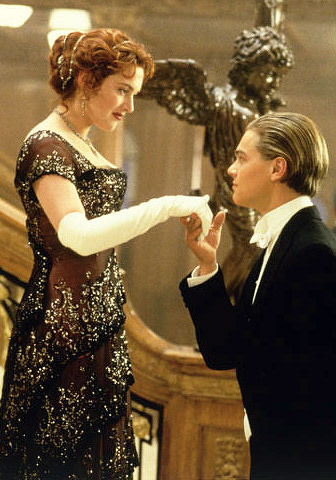 Oh so romantic but completely out of style.
Advertisement:

An Always Male character devoted to enforcing the standards and principles regarding how "real men" act and behave, whether it's around women or otherwise. One of his top priorities is maintaining the comfort, safety, and reputation of ladies, thinking that the idea of a woman being One of the Boys is plain old wrong. One must always be respectful and considerate to a lady!

His ideals go beyond common courtesy. This can lead to serious problems considering how closely related this attitude is to Stay in the Kitchen (whether the writers or the audience realize it or not), or if someone is willing to take advantage of his beliefs.

Any attempts to resist or otherwise convince said character that his principles are archaic rarely come up or fall flat on their faces. A rare success will result in a wake-up call to the man that he might be trapped in the wrong era or the wrong culture.

If he practices what he preaches, especially if it's in terms of romance, then he will probably win over the other characters like a natural Prince Charming. If one of these characters is female, then you have Single Woman Seeks Good Man. If his ladylove is similarly old-fashioned, they become a Lady and Knight couple. Some hand-kissing may be in order and no puddle shall go un-coated.

If he's not just a gentleman but an Officer and a Gentleman, he probably belongs to an order of knighthood and follows the more classic code of chivalry. In that case, see Knight in Shining Armor. He might also be a Sharp-Dressed Man. If he has a more uncouth friend/rival/associate of some kind, then he is part of a Noble Male, Roguish Male duo.