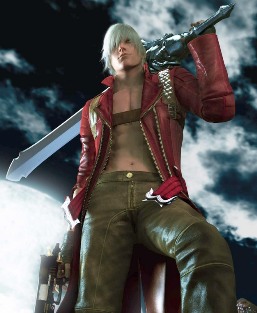 Badass Longcoat and Walking Shirtless Scene, two tropes that both represent the paragon of manliness and hotness. It might seem like the two are fundamentally incapable of being combined, but they can, as these brave men (and braver women) will show us below. This is a good way of showing off a Carpet of Virility.

Spear Counterpart to Naked in Mink. See also Navel-Deep Neckline for when a character's neckline is so deep it reaches their abdomen.