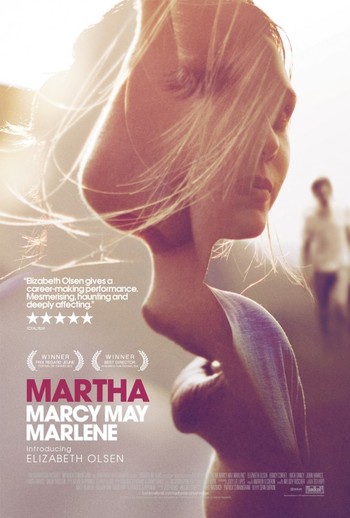 "Do you ever have that feeling where you can't tell if something's a memory or if it's something you dreamed?"
— Martha
Advertisement:

It concerns itself with a young woman named Martha (Olsen), who calls her estranged sister Lucy (Paulson) in a panic, asking her to collect her from a small town in the Catskill Mountains. Lucy does so, and Martha goes to stay with Lucy and her husband Ted (Dancy). Unbeknownst to either Lucy or Ted, Martha has been a member of a sinister hippie cult for the past two years, led by the charismatic but mysterious Patrick (Hawkes). Her experiences with the cult are revealed in flashback.