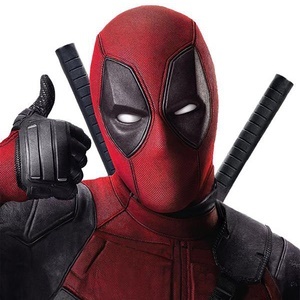 "Crime's the disease, meet the cure. Okay, not the cure, but more like a topical ointment to reduce the swelling and itch. Hi Tom!"
Click here to see him unmasked 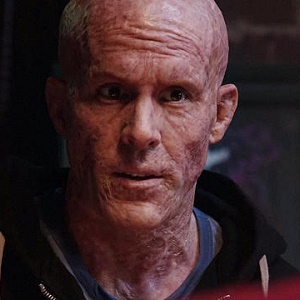 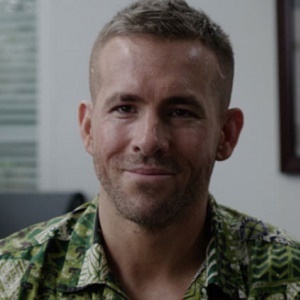 Played By: Ryan Reynoldsnote a.k.a. "God's Perfect Idiot" and "Obviously, Someone Who Hates Sharing the Spotlight/Obviously Reynolds didn't want to share the spotlight", Yanis Marshallnote in Céline Dion's Ashes music video, where he dances on the stage in heels

After being diagnosed with terminal cancer, ex-Special Forces operative Wade Wilson agreed to a radical procedure to cure his disease with a superhuman Healing Factor.

Unfortunately, though the procedure saved his life, it also caused the cancer to spread through his entire body and brain, leaving him horribly scarred and more than a little insane. To enact revenge for his disfigurement, and afford his rent, Wade then became a masked Heroic Comedic Sociopath mercenary, and chooses for himself the alias of "Deadpool".

The opening minutes of Deadpool introduces us properly to who we know as "The Merc With a Mouth."

The opening minutes of Deadpool introduces us properly to who we know as "The Merc With a Mouth."