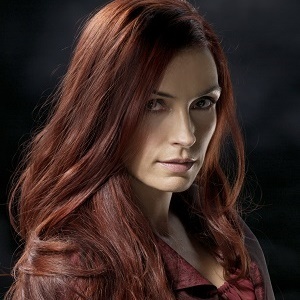 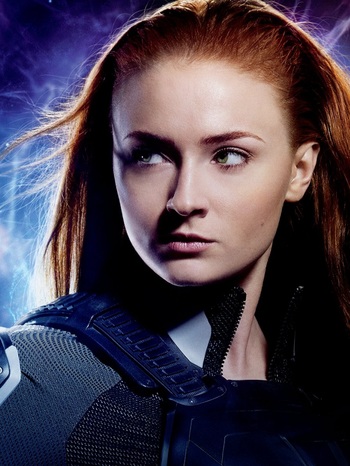 "I know how everybody feels."
Click here to see younger Jean as Phoenix 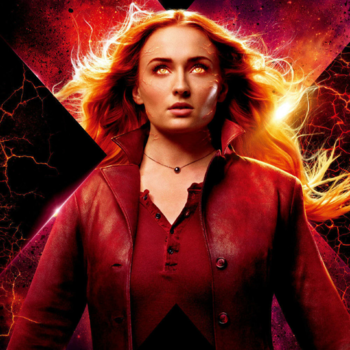 "When I lose control, bad things happen to people I love."

A powerful psychic at Xavier's school. Like Charles Xavier, she has telepathic powers. Unlike Xavier, she also has telekinetic abilities and a nigh-uncontrollable and unpredictable force (of alien origin in the prequel films) within herself, the Phoenix, which amplifies her telekinetic powers to the atom level and allows her to fly, thus making her much more powerful than Xavier and most mutants.