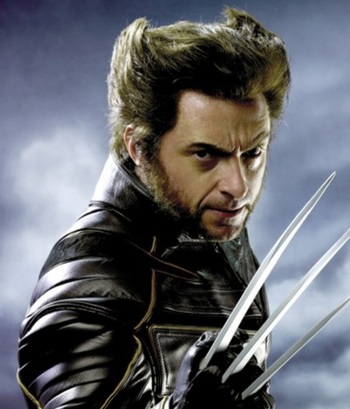 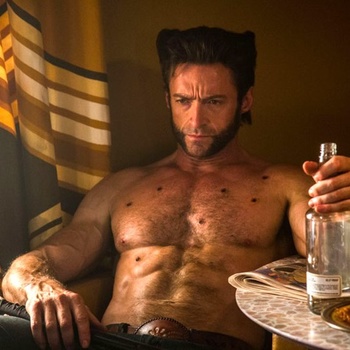 "The whole world's goin' to hell, and you're just gonna sit there? Let's go." 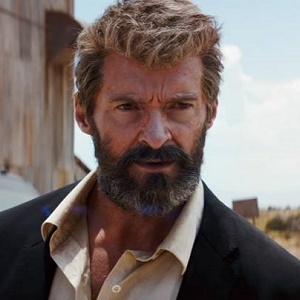 "I don't know what Charles put into your head, but I'm not whatever it is you think I am, okay?!"

"Nature made me a freak. Man made me a weapon. And God made it last too long."

The closest the X-Men film series has to a conventional protagonist. Logan is a tough, rugged, belligerent loner who has lived for fifteen years without memory of who he is, apart from his dog tags marked "Wolverine" and an adamantium-encased skeleton (as well as adamantium covering his bone claws). He was born in 1832 with the ability to heal rapidly from numerous injuries, including the surgery that bonded the metal to his skeleton, and that ability also prevents him from aging. He also has enhanced, animal-like senses.

During a fight against a simulated Sentinel, Wolverine turns to Colossus and asks, "How's your throwin' arm?"

During a fight against a simulated Sentinel, Wolverine turns to Colossus and asks, "How's your throwin' arm?"