Deadpool: We will be known as... X-Force.
Domino: Isn't that a little derivative?

A team of mutants Wade Wilson / Deadpool recruits to take on various types of mercenary work one man can't handle alone, starting with a job to protect a young mutant from Cable. And also because the X-Men are sick of him.

open/close all folders
In General
Deadpool 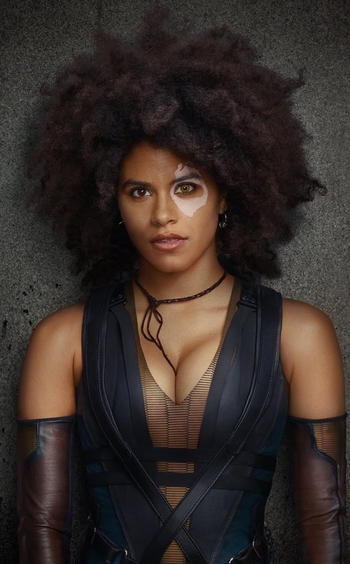 A mutant with powers of luck and probability manipulation. 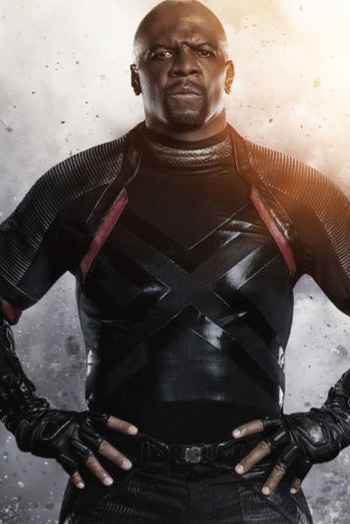 A mutant who has the ability to create and project a bio-EM field. 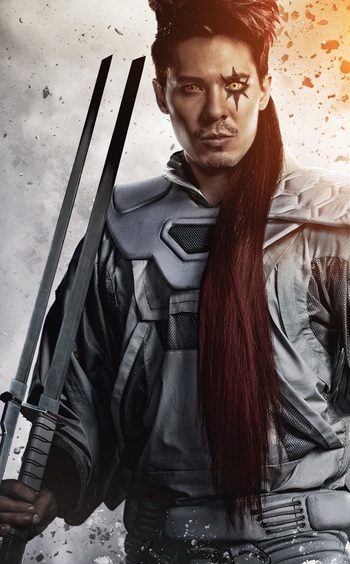 "I'm basically better than you at everything."

A Mojoworld alien with the ability to channel powerful sonic shockwaves through pieces of metal, like swords. 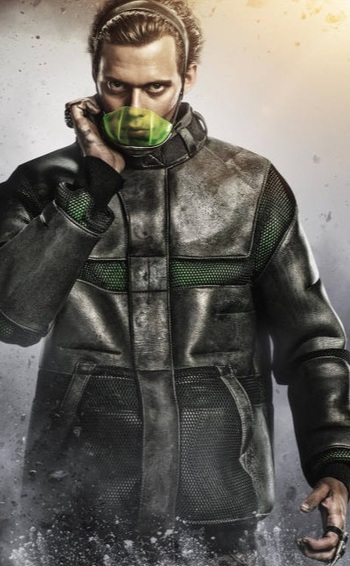 "Lets bring on the carnage, baby!"

A mutant with the power to vomit acid. 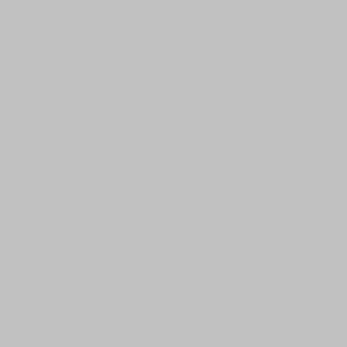 "He may be running late." 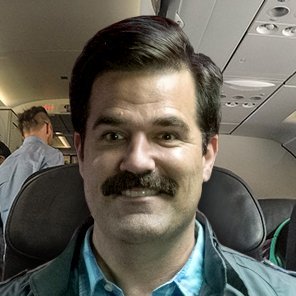 "Husband. Experienced Apiarist (Beekeeper). I like sports and grilling on my deck."

Deadpool: Any powers you want to tell us about?
Peter: I don't have one, um, I just saw the ad.
Deadpool: [beat] You're in.