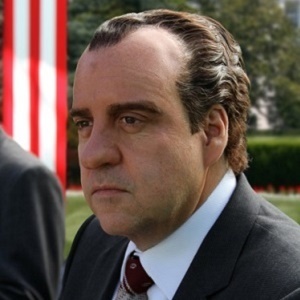 The president of the United States in 1973, and a man who is far out of his depth in dealing with the mutant problem.

The president of the USA as of 1992. According to Word of God, he isn't actually George H. W. Bush. 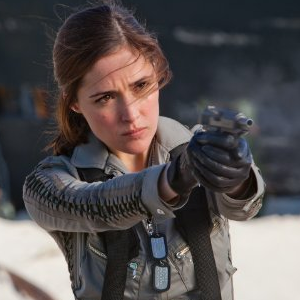 "You know, one day the government is going to realize that how lucky they were to have Professor X on their side."

A CIA agent and ally of the X-Men.

For tropes applying to Moira in the original timeline erased by X-Men: Days of Future Past, see the Humans (Original Timeline) page.
The Man in Black 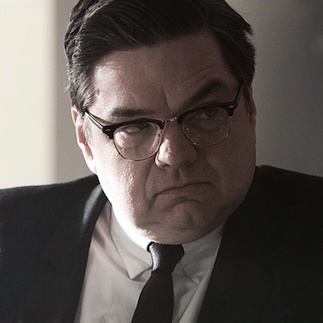 A CIA agent and head of Division X, a government agency working with the X-Men in the 1960s.

The father of the more famous Colonel William Stryker, the man who would start the Weapon-X program and give Wolverine his adamantium. 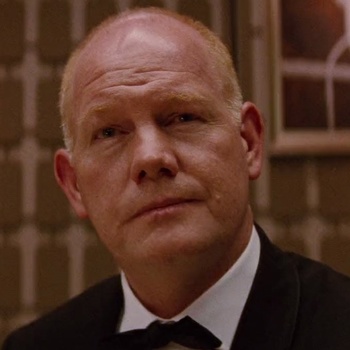 "You put our nukes in Turkey or anywhere that close to Russia, and you're looking at war. Nuclear war." 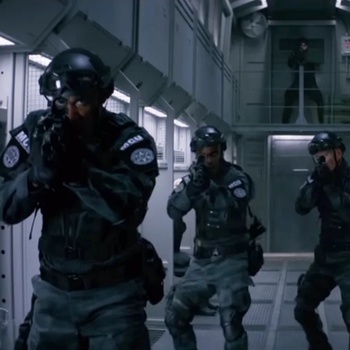 A special task force the US goverment keeps at hand in case of new Mutant troubles in the early 1990s. 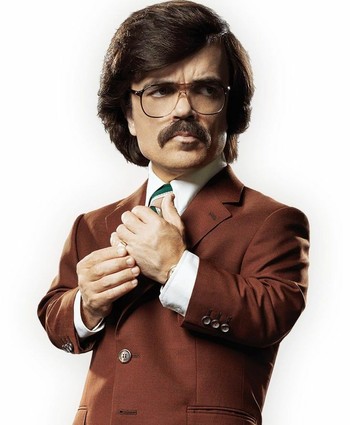 "You'll need a new weapon for this war."

The owner of Trask Industries who created the Sentinels. 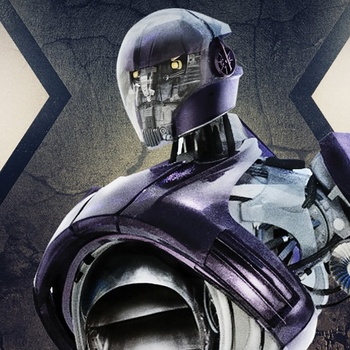 The first line of Sentinels created by Bolivar Trask in 1973, intended to demonstrate a practical means of protecting humanity from mutants.

Essex Corporation is a mysterious, sinister organization created by Nathaniel Essex. They practice research and experiments on Mutants.

A mutant who owns the Essex Corporation.
Orphanage Headmaster 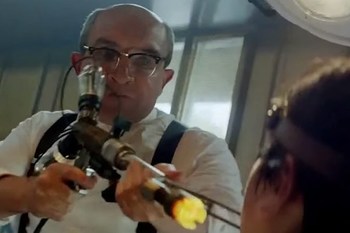 "Blessed are the wicked, who are healed by my hand."

An Essex Corp member and the headmaster of the orphanage where Russell spent a good part of his life. 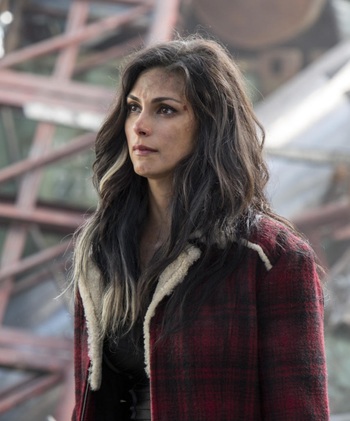 "I love you, Wade Wilson. We can fight this."

A sex worker who's in a serious relationship with Wade Wilson at the time of his terminal cancer diagnosis. 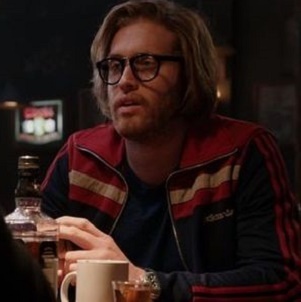 "You look like Freddy Krueger face-fucked a topographical map of Utah." 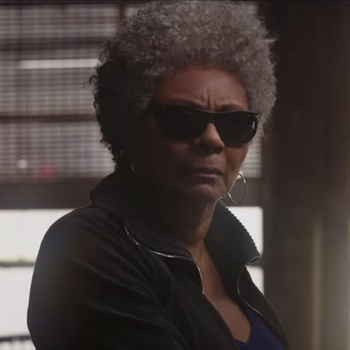 "I get why you're so pissy, but your mood's never gonna brighten 'till you find this woman and tell her how you feel."

"Sounds like you have a dick in your mouth."

A blind woman who becomes Wade's roommate after his transformation into Deadpool. 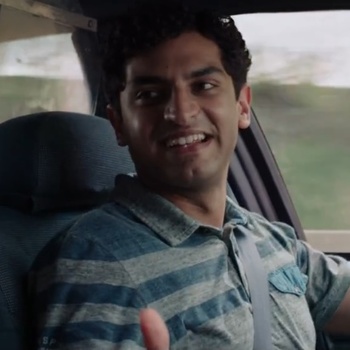 A clumsy Indian-American taxi driver whom Deadpool takes a liking to. Dopinder had a normal, boring life, and normal, boring problems, right up until he finds a role model in Deadpool and embraces his inner sociopath. He's now Deadpool's getaway driver and works at the mercenary bar with the life-goal of becoming a contract killer. 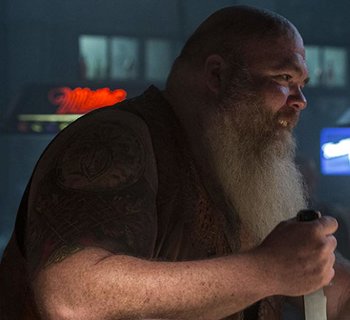 A patron of the bar that Wade hangs out in and a close friend of his. 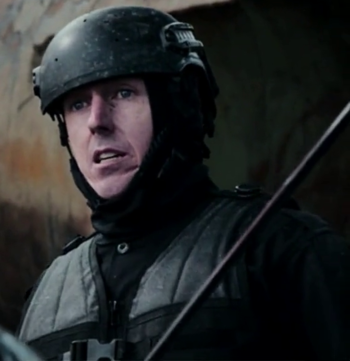 A friend of Deadpool's, who appeared in the comics as a frequent sidekick.

Relatives of the X-Men 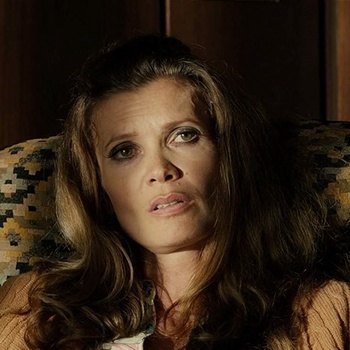 "This won't end well. Nothing does with [Erik]."

"What's [Peter] done now? I'll just write you a check for whatever he took." 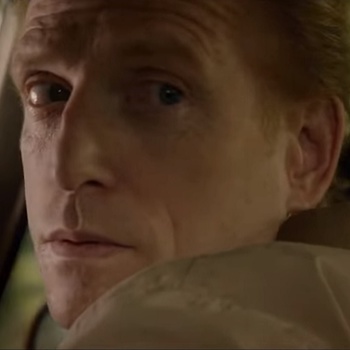 "Will you take her?" 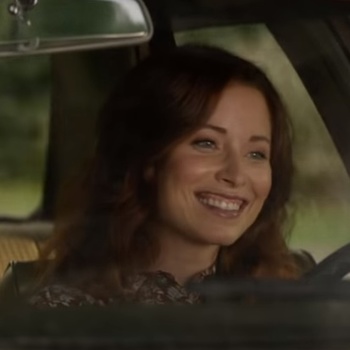 Jean's mother and the wife of John Grey.

Film Appearances: Deadpool (2016), X-Men: Apocalypse, Deadpool 2note As a painting on the teaser poster and a mural in the film itself

An iconic writer for Marvel Comics and the co-creator of the X-Men. Shows up from time to time like usual.

For tropes regarding him in the original timeline erased by X-Men: Days of Future Past, see his entry in Humans (Original Timeline) 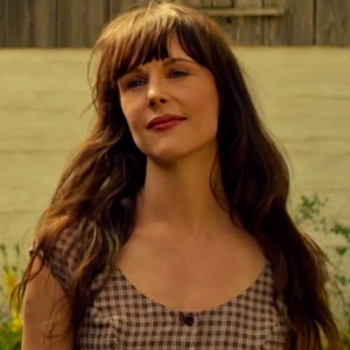 "You did a good thing, you saved that man."

Erik Lehnsherr/Magneto's loving Polish wife of about 10 years by the 1980s, and the mother of Nina.

A loving farmer's family who take in Logan and his companions during their journey. 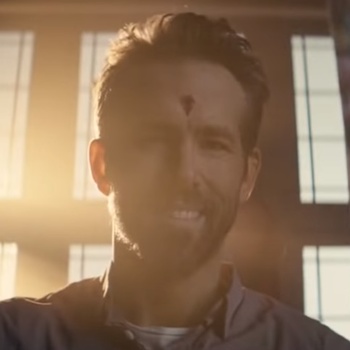 An up-and-coming Canadian actor who just got offered the main role for Green Lantern (2011). 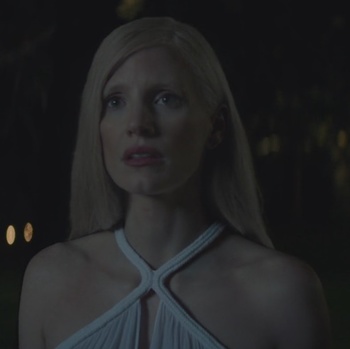 A woman who's the first victim of the D'Bari, immediately followed by her husband and friends, who she was having a dinner party with. After she's killed, Vuk shapeshifts into her likeness for disguise.