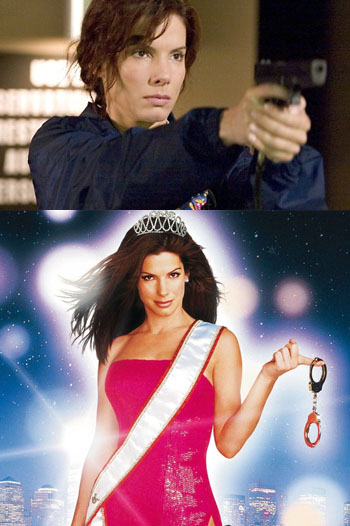 "I'm in a dress, I have gel in my hair, I haven't slept, I'm starved, and I'm armed. Don't mess with me."
— Agent Hart, Miss Congeniality
Advertisement:

When the Fair Cop (preferably a female one) is forced to Clean Up Nicely and pretend to be a Fashion Model, beauty pageant contestant, stripper or other hot-chick-related job in order to investigate a crime. The lady is usually Hollywood Homely and doesn't think she's attractive at all until after the Makeover Montage. Often a shallow excuse for Fanservice.

Sometimes combined with Dirty Harriet, for example when impersonating a High-Class Call Girl.