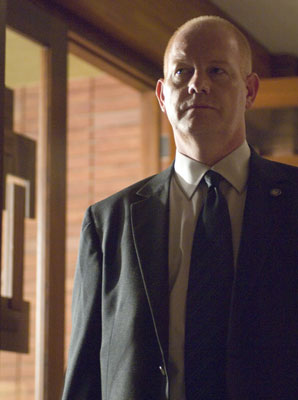 is an American actor, who is best known for his role as Secret Service Agent Aaron Pierce on 24. Morshower began acting in theater at the age of 12 and then moved to TV commercials and a feature film before moving to Hollywood at 17. Over his career, Morshower has made guest appearances in numerous TV shows, from classics such as The Dukes of Hazzard and Matlock to more recent fare like JAG, NCIS, Bones and Dollhouse. His film career has him regularly in the roles of government agents and military personnel (see Typecasting below).

Morshower is also best known to gamers as Baseplate and Overlord in Modern Warfare 1 & 2 respectively, as well as Agent Gordon in Battlefield 3 and Rip Blazkowicz in Wolfenstein II: The New Colossus.

The following is an abridged list of his film, TV series, and video game acting roles: