What Could Have Been / Marvel Cinematic Universe 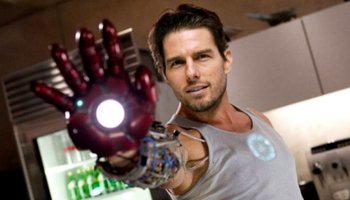 It could have all started with Tom Cruise as Tony Stark.
Advertisement:

There's a pretty substantial quantity of What Could Have Been regarding Marvel Studios and Disney's incredibly successful, multi-billion dollar film franchise. The various elements related to the production of the movies set within the Marvel Cinematic Universe is absolutely astonishing.

And for entries on one-shots and Marvel Television series set in the MCU, check Agents of S.H.I.E.L.D., All Hail the King, Agent Carter, Daredevil, Jessica Jones, Luke Cage, Iron Fist, The Defenders, Inhumans, The Punisher, Runaways, and Cloak And Dagger.