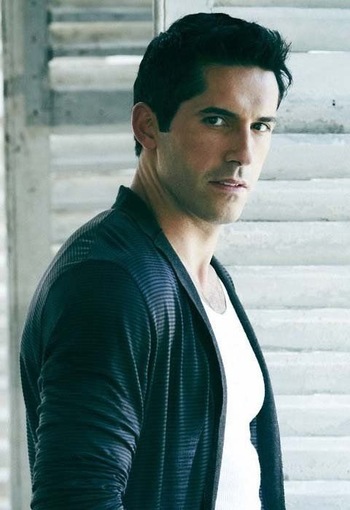 "I put so much pressure on myself to raise the bar with each and every project. I treat it like every film is my last, and I make sure I pour everything I have into every film I make because if I'm not trying to improve, someone else will."
Advertisement:

Scott Edward Adkins (born 17 June 1976 in Sutton Coldfield, England) is an English actor, stuntman and martial artist. He is best known for his work in many, many low-budget martial arts films, though he has been seen in some blockbusters as well. He has also starred in a couple of soap operas back in his native England, though he seems to have stopped doing this by the 2010s.

He also runs a podcast called The Art of Action

where he talks to fellow action stars to discuss their approach to martial arts choreography.

He has appeared in the following works: