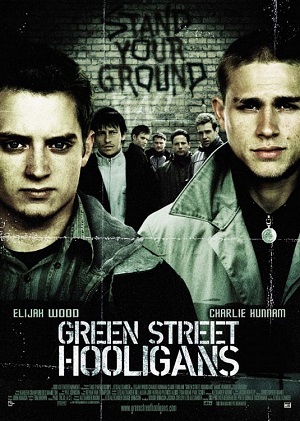 An American journalism student, Matt, is framed for drug use by his far more socially powerful roommate and thus expelled from Harvard. Fleeing to England to be with his sister, who emigrated after marrying a local boy named Steve, Matt finds himself involved with the local hooligan culture.

Specifically, he falls in with the firm led by Steve's younger brother, Pete. Initially shy, by adding his brains to Pete's brawn, Matt quickly builds a reputation within the firm, the firm having lost most of its reputation after their enigmatic leader suddenly disappeared.

Unfortunately for Matt, not everyone is happy with the presence of an outsider, and there's also Matt's well-concealed past to consider. As grudges new and old come to the boil, who will end the film any better than he started?

As it received mixed reviews, the film's questionable casting choices and highly questionable accents (the two problems being connected) were considered serious flaws. That's not to say that the reviews were all bad, however, with Roger Ebert giving the film a glowing response.