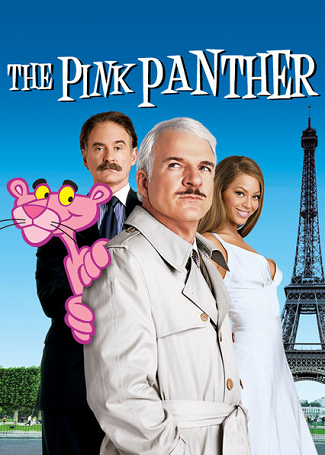 The Remake of The Pink Panther, released in 2006, directed by Shawn Levy. Steve Martin stars as Inspector Jacques Clouseau, a bumbling detective assigned to solve the murder of a famous football coach and the theft of the famous Pink Panther diamond.

Tropes applying to both films
The Pink Panther (2006)