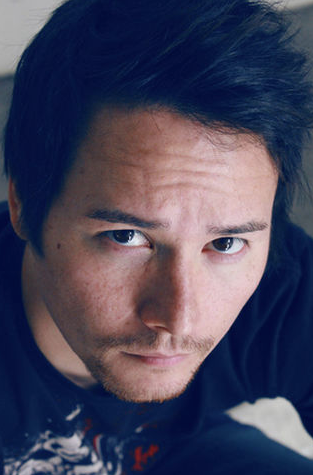 I, Johnny Yong Bosch, command you to... DESCRIBE ME HERE!

Johnny Yong Bosch (born John Jay Bosch; January 6, 1976) (Fan Abbreviation: JYB) is a former Mighty Morphin' Power Rangers star (he was a frog) who has since moved on to anime voice acting, starting as Vash the Stampede in Trigun, and moved on to other lead roles. This coincidentally pitted him as the star and hero for the only two new anime Adult Swim was running for a year and a half - this streak ended when Code Geass completed its run in May 2009. This plus the earlier run of Eureka Seven led many to call the starting anime block "The JYB Power Hour". When combined with his role as Ichigo in Bleach, Adult Swim meant two things: shows from Williams Street, and shows starring JYB. He is the vocalist for his own band, Eyeshine. Oh, and he's an accomplished martial artist who can kick your ass.

No relation to Johnny Longbone.

Tropes associated with his band:

Wh-what's wrong, Wendee? Why are you smiling like that? What are you doing with Excalibolg? O-oh, I get it! You really are mad, aren't you? Hey look, I'm sorry- really, sorry! It'll never happen again! PLEASE YOU GOTTA FORGIV- SPLAT
Feedback