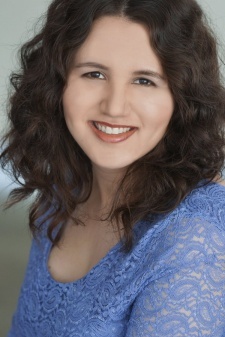 THE LEGENDARY DAWN MICHELLE BENNETT (born December 13, 1992, in Dallas) is a Filipino-Jewish American voice actress who primarily works with Funimation. Born in Texas, she is probably best known as Sash Lilac in Freedom Planet and Kale/Kefla in Dragon Ball Super.

She has worked professionally in Los Angeles, California since December 2019.

and her Tumblr is here

. Despite her last name, she is not related to fellow voice actor Jeff Bennett.

Dawn M. Bennett and her works provide examples of: