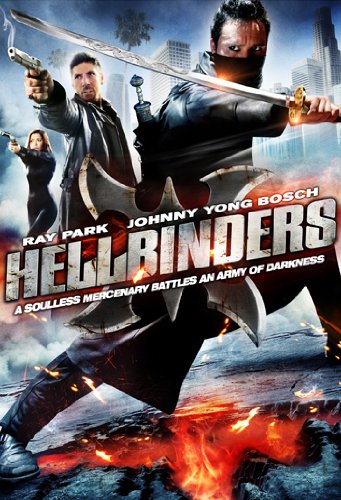 Hellbinders is a 2009 live action film. The film takes place in the modern day City of Angels and follows three people as they uncover a plot by Legion to bring one of the kingdoms of Hell to Earth. These three people are the soulless mercenary Max (Ray Park), the Ninja Warrior Priest Ryu (Johnny Yong Bosch), and the last Knight Templar Cain (Esteban Cueto) who can't die of age and is Made of Iron.

Not to be confused with Hellbenders.