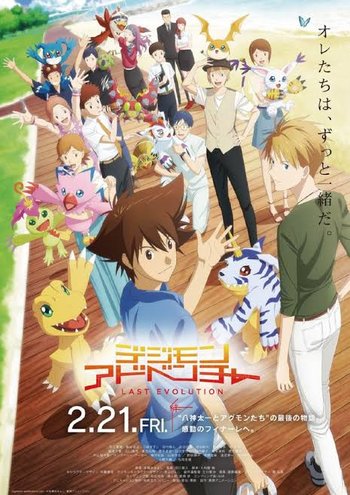 We'll always be together.

The original DigiDestined are quickly approaching adulthood, having already started to take strides in what they want to do in life. All seems well, until the revelation that ends up shocking them to their core is revealed; the reason why children are always chosen to be DigiDestined. Specifically, the endless choices spread across the future for them is what ultimately powers their Digivice... And once that ends, so does the partnership with their Digimon.

Rapidly approaching that point, the group struggles to come to terms at the thought of losing their partners who have helped them throughout their childhood. Further complicating matters is a new threat; a Digimon attacking other DigiDestined and rendering them unconscious with what seems to be no cure. The group is now faced with a rather big dilemma, as every Digivolution their partner Digimon undergoes only lessens what time they have left with their partners.

Confronted with all this, the group must face their last, and hardest, adventure.