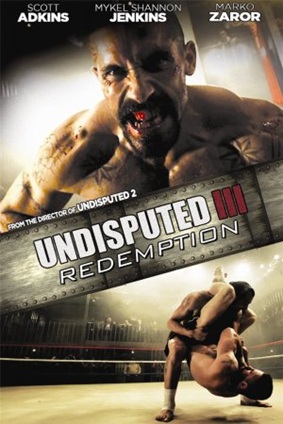 The third movie in the Undisputed series, this installment features Yuri Boyka as the protagonist after he got his leg and pride broken by Chambers during their final fight in the last movie. Having recently healed from these wounds, Boyka returns to the ring and enters a prison tournament where fighters from all over the world compete for the prize of winning their freedom. There he butts heads with a loudmouthed American boxer named "Turbo". Uncomfortably reminded of Chambers, Boyka clashes with Turbo repeatedly; however, eventually they begin to grow on each other, until they eventually unite against Raúl "Dolor" Quiñones to beat him in the fixed tournament.

It was mostly lauded as a worthy sequel to Undisputed II: Last Man Standing, marked (as was the last one) by incredible choreography that was unaided by CGI, wires, or stunt doubles.