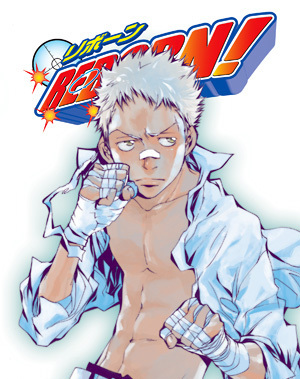 Awesome gloves that are made entirely out of wrapping bandages or cloth around the hands and knuckles. Often seen during poses flying free or being wrapped using the character's mouth. Boxers tend to wear these since normal boxing gloves aren't cool enough for fiction. Application usually takes place in the montage before a fight.

When you see these on a female character, don't be surprised if she wears a sarashi as well.

Truth in Television, as wearing hand wraps is generally a good idea. The compression helps reduce metacarpal fractures and braces the wrist, which is very important when your blow doesn't land dead on. That and boxing gloves are really uncomfortable without that extra layer. But not all the time...