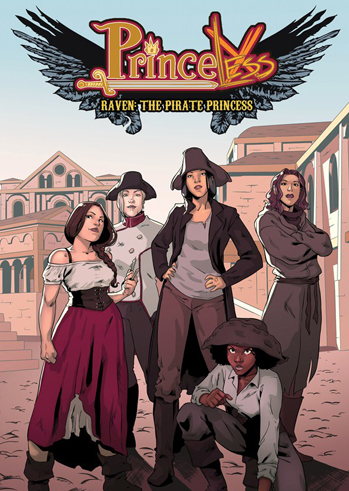 A spinoff of Whitley's earlier comic Princeless and Princeless: The Pirate Princess, the story follows Raven Xingtao, the Pirate Princess, as she seeks revenge against her brothers for stealing her inheritance. Raven begins the main part of her quest by assembling an all-female crew.

The series debuted on July 28, 2015, and ran for twelve issues before going on hiatus in late December 2016. The series returned on November 15, 2017, with the continuation denoted as "Year Two" and starting with a new issue #1 and a different artist, lasting 13 issues before "Year 3" began with another new #1.

Like its parent series, the comic is currently on an indefinite hiatus due to issues with the publisher.