Comic Book / Polly and the Pirates 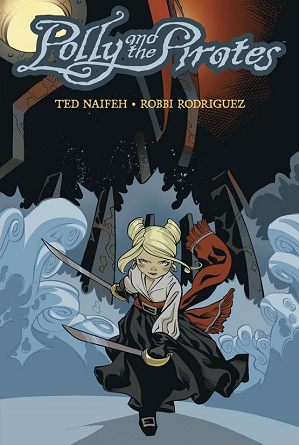 Polly and the Pirates is an independent comic by Ted Naifeh consisting of 6 issues and an OGN (which is illustrated by Robbi Rodriguez) published by Oni Press. The comic follows Polly Pringle, a sheltered young girl who lives at a boarding school and has no desire to go on any adventures—unlike her friend Anastasia. One night Polly gets swept up in an adventure when she is captured by the former crew of the famous Pirate Queen Meg Malloy.