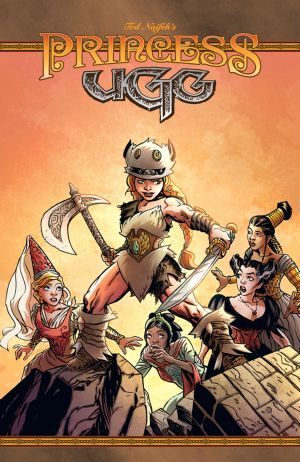 Princess Ugg is a Fantasy comic book by Ted Naifeh and published by Oni Press.

The story details the exploits of Princes Ulga, barbarian princess, who ventures to a Princess Academy on the request of her late mother to learn skills her tribe might benefit from.