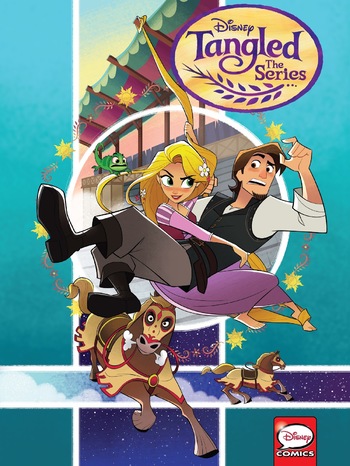 The Tangled: The Series mini-series are comics spinning off of the show of the same name, detailing adventures that happen between episodes of the series. It is published by IDW Publishing and written by Katie Cook, who also worked on the My Little Pony: Friendship Is Magic comics.