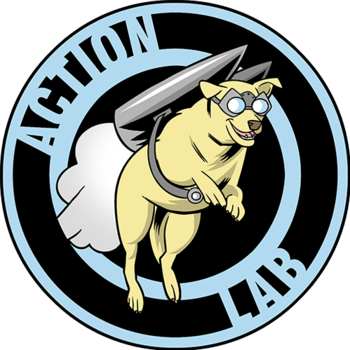 The company was founded in October of 2010. All three individuals had prior experience self-publishing, and all had worked together in the past to publish small comics under Pryor's PKD Media imprint.

Their first release was Back In The Day, a one-shot comic released in February 2011. The company has also sought funding for their projects via Kickstarter, such as Shawn Pryor's Fracture, which was released on July of 2011.

The company has also released digital-only comics, such as a comic adaptation of Globworld, an MMORPG for kids.

Recently, they have partnered up with the NFL to release a line of comic books based on NFL Rush Zone. The first book was released during Super Bowl XLVII.