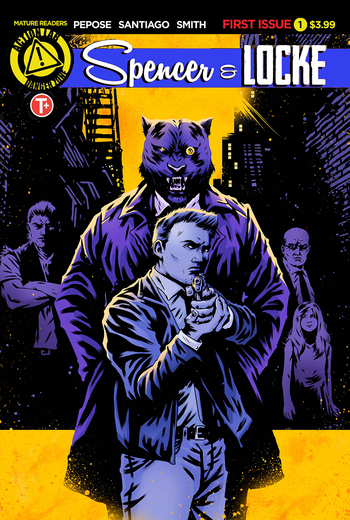 Spencer and Locke is a comic written by David Pepose and drawn by artist Jorge Santigo Jr. with the premise "What if Calvin grew up in Sin City and became a police detective?"

Answer: Locke is a massively screwed up Determinator out to solve the murder of his childhood crush, and his stuffed panther Spencer is still around to help him out.