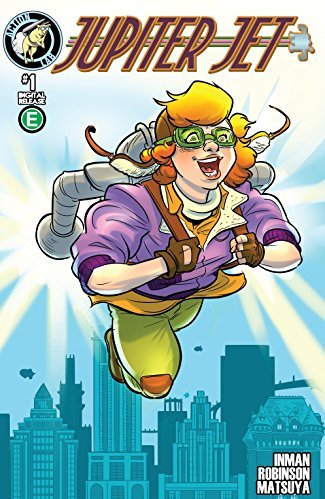 Following the death of her father, Jacqueline "Jacky" Johnson finds a Jet Pack in his workshop with an unknown power source. Since her father's business hasn't been doing all that well since his passing, Jacky decides to use the jetpack to become a superheroine who steals from the rich... and uses the money to keep her, her little brother Chuck, and their cat Puddles out of the red.

While they're at it, they also need to save their home city of Olympic Heights from a threat that might be from outer space.