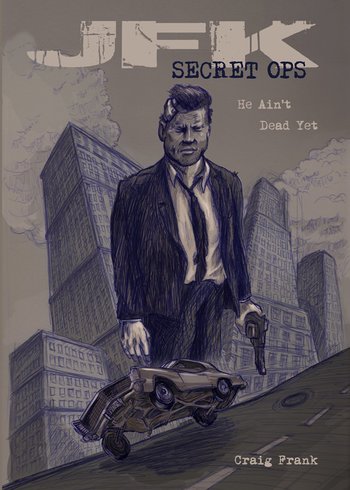 "He ain't dead yet."
Advertisement:

JFK Secret Ops is a Comic Book by Craig Frank.

In this story, the answer is hunt down everyone involved in his assassination attempt. All he really wants to do is go home to his family, but he knows it's for the best for the nation if he goes after his attempted murderers. His hunt will take him to every corner of the country, getting info any way he can to track down everyone who almost killed him.

The comic was funded on Kickstarter on May 25th, 2013. It was released later in the year.