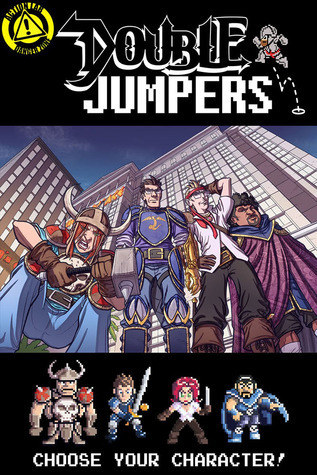 Dungeon Lords 2 is the most anticipated game of the year, a sequel to the 1987 classic "Dungeon Lords". The development team, lead by the original game maker's daughter, Danielle Miyamoto, are determined to make it the best dang game they can. They even developed a new way to play, actually putting the players IN the game instead of just watching it through a screen, and programming all the characters (even the playable ones) with in-game personalities.

As one can imagine, this has put quite a strain on development. Rumours are spreading that Dungeon Lords 2 won't even make its Christmas release date. Things can only get more complicated when the developers find themselves stuck inside the game, playing the main characters. So now they have to find a way back to the real world.

Oh, and speaking of the real world, the main characters of Dungeon Lords 2 are now in the bodies of the developers. This can't bode well for them once they get out.