Comic Book / The Adventures of Aero-Girl 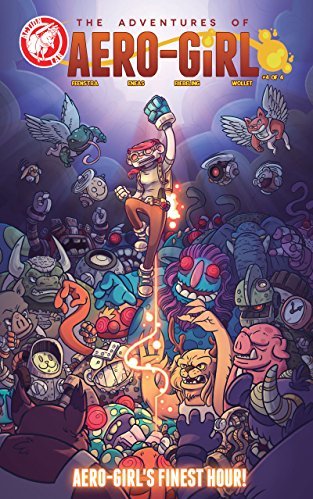 The Adventures Of Aero-Girl is a Superhero Comic Book by DeWayne Feestra, Axur Eneas, and Adam Wollet.

Jacqueline Mackenzie is Aero-Girl, daughter and sidekick-in-training to the sworn protector of Foxbay, Battle Jack. Her goal is to one day inherit the source of Battle Jack's power, the Battle Spirit. However, her dream is squashed when Battle Jack is killed in battle against the evil Dr. Chimera, and the Battle Spirit is lost to Jacqueline.

Racked with guilt over her father's death, Jacqueline begins contemplating retiring from crime-fighting, until she meets Jak-Jak, a gorilla who now wields the Battle Spirit. Together, the two set out on a mission to avenge Battle Jack's death.

The Adventures Of Aero-Girl contains examples of: