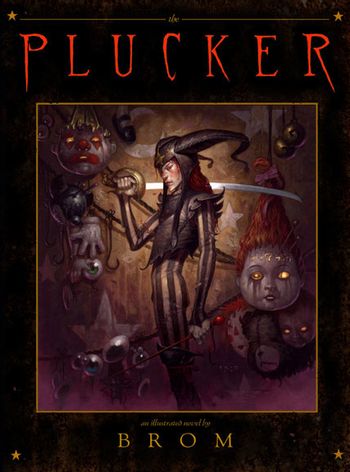 Imagine a far darker take on Toy Story, one not at all meant for children. Imagine a story about toys that come to life at night who suddenly find themselves confronted by an ancient evil spirit out to drink the soul of the child whose very imagination gives them their life. Imagine one toy, an outcast jack-in-the-box, given the task of tracking down and destroying that evil spirit.

This is the story of The Plucker: An Illustrated Novel by Brom.

This book and its accompanying artwork is creepy, evocative of lost innocence, and at times quite disturbing.