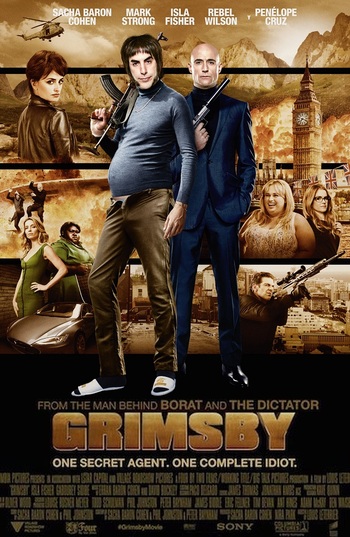 Grimsby (released in the United States as The Brothers Grimsby) is a 2016 action comedy from the mind of Sacha Baron Cohen. He co-stars alongside Mark Strong, Isla Fisher, Rebel Wilson, Scott Adkins and Penélope Cruz. It was directed by Louis Leterrier.

Nobby and Sebastian Butcher (Cohen and Strong) are brothers who were separated as children. 28 years later, Sebastian is a top agent at MI6 while Nobby is a father and football fan living in the slums of Grimsby, Lincolnshire. When they are reunited, the two must work together to stop a terrorist plan to unleash a deadly virus upon the world.