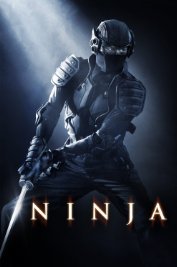 Casey Bowman (Scott Adkins) is an American orphan who was adopted into a martial arts dojo in Japan. Because of his perseverance and desire to master bushido, he earns the respect of the dojo's sensei, Takeda, and his daughter Namiko (Mika Hijii). However, the dojo's top student Masazuka (Tsuyoshi Ihara) becomes increasingly bitter over Namiko's friendship with Casey until one morning, during a sparring match, he loses his temper and nearly kills Casey by throwing a katana at him. In defense, Casey scars Masazuka below his right eye. As a result of his actions, Masazuka is banished from the dojo by the sensei.

Years later, Masazuka becomes an assassin under contract with an American conglomerate called Temple Industries, which itself runs an underground criminal cult known as "The Ring". He returns to his former dojo and claims in vain the sensei's succession as sōke, but the sensei refuses to oblige. Anticipating an invasion by Masazuka, the sensei sends Casey and Namiko to New York to guard an old chest called the Yoroi Bitsu, which contains the suit and weapons of the ninja who started the dojo.

While in New York, Casey and Namiko seek out a friend of Sensei Takeda, Professor Garrison, to help them hide the Yoroi Bitsu. However, they end of becoming framed for the murder of Garrison and are forced to fight off Masazuka and members of the ring as well as trying to avoid the NYPD. Eventually, the duo are brought in to the station for questioning by the police, but while separated, Namiko is kidnapped by Masazuka.

After escaping from the police station, Casey tracks down a contact number for Masazuka and sets up a meeting, ostensibly to exchange the girl for the Yoroi Bitsu. This sets up a final showdown between Casey and Masazuka.

A sequel Ninja: Shadow of a Tear, also starring Scott Adkins was released in 2013.

Ninja: Shadow of A Tear contains examples of the following tropes: