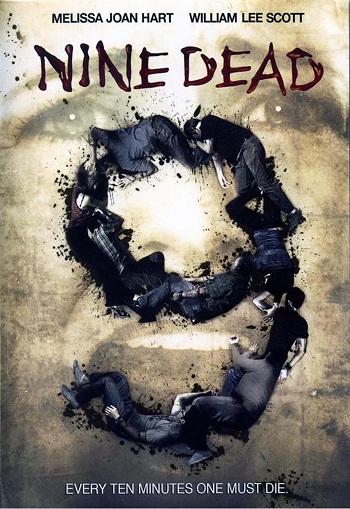 "Why are you here?"
— The captor
Advertisement:

Nine Dead is a 2009 Ontological Mystery thriller, directed by Chris Shadley and starring Melissa Joan Hart and William Lee Scott, in which nine people with apparently no connection to each other are kidnapped, and told that one of them will die every 10 minutes unless they can tell their captor the reason why he kidnapped them.

As an Ontological Mystery, much of this page is spoiler-tagged. Highlight at your own risk.