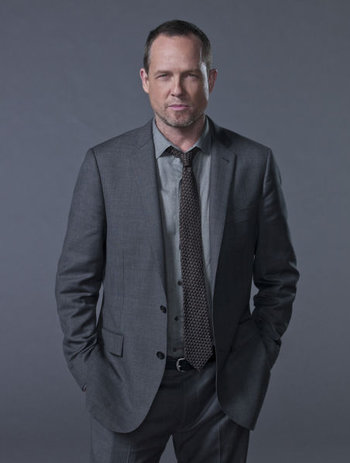 Dean Winters (born July 20, 1964 in New York City, New York) is an American actor perhaps best known for his starring role as the manipulative, Irish-American career criminal Ryan O'Reily on the critically acclaimed prison drama Oz. He's also recognisable for regular and recurring roles on Rescue Me, 30 Rock, Brooklyn Nine-Nine, and Law & Order: Special Victims Unit. He can also be seen as the character "Mayhem" in a series of Allstate Insurance commercials.

His TV and serial roles include:

Tropes related to him: