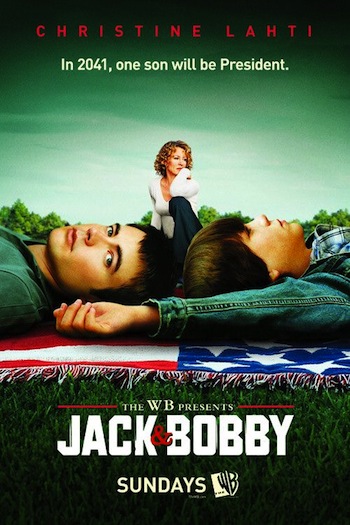 Jack & Bobby is a television show that aired for just one season (2004–05) on The WB. It's a drama about a Future President of United States in his teen years. Each episode takes place in two time periods: the first is a Flash Forward Documentary about President Robert "Bobby" McCallister's time in office, campaigning beforehand, and much of his political career after he initially became a Congressman in place of his brother, Jack. The second shows the present time that helps shape Bobby into the man, and president, the world will come to love.

Show the page some wiki love.