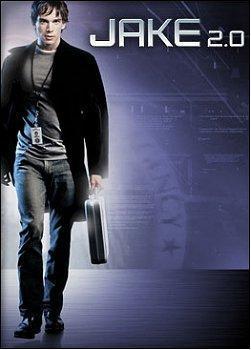 That's me, Jake Foley. I'm in tech support, security clearance: low. Very low. Then one day, it all changed. Now I can do things I'd never dreamed of; I've been upgraded. I have these powers... life just got real interesting.
Advertisement:

Jake 2.0 was an American science fiction television series originally broadcast on UPN in 2003. The program was canceled in mid-January 2004 due to low ratings, leaving four episodes unaired in the United States. In the United Kingdom, however, all the episodes were played out on Sky One. The series is currently being aired on HDnet on Thursdays at 10:00pm EST and has aired internationally. It also began airing on The Sci Fi Channel on January 5, 2007.