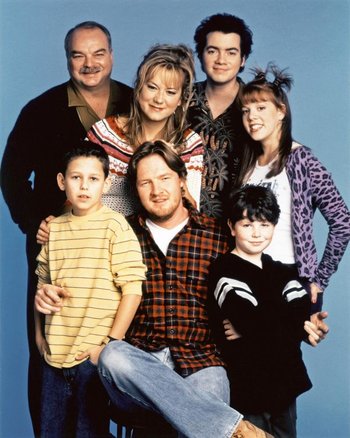 This Dom Com, which aired on Fox from 2001–03 and The WB from 2003–05, starred Donal Logue and Megyn Price as Sean and Claudia Finnerty, an Irish-American couple who lived in Staten Island, New York, while raising their three kids, Lily (Lynsey Bartilson), Jimmy (Griffin Frazen), and Henry (Jake Burbage).

The show heavily featured flashback and cutaway sequences to events that had previously taken place off-camera, often revisited to show an event from another perspective.

The series lasted for five seasons and 95 episodes.